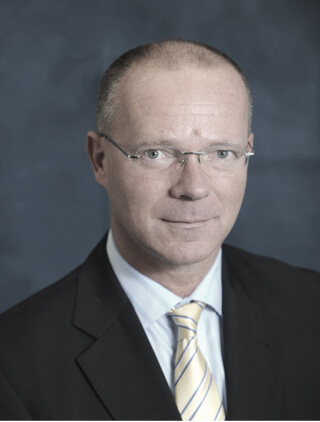 Lucian has a truly global outlook with an extensive set of contacts in North America, Europe, and Asia. He is currently a General Partner at EuroUS Ventures AG and Director and Investment Committee member of Privilege Management’s VC Funds I&II, both in Zurich, Switzerland. His main focus now is helping Swiss & European companies gain traction, though seed stage investments and Board memberships. He lectures frequently at events throughout Europe and the US and helps organize study trips and visits to Boston and Silicon Valley.
Before joining EuroUS Ventures in 2005, he launched US operations for itemic AG, a German semiconductor software company and was responsible for their worldwide sales and marketing.
In 1997, he co-founded and became CEO of FabCentric, a Yield Management software company, where he raised several million dollars in VC funding and which he grew to more than 25 employees before it was sold to another publicly traded software company in late 2001.
Lucian spent more than 20 years in the semiconductor equipment industry, holding a series of positions in Sales and Marketing, based out of Switzerland and then Boston, MA.
Lucian was born in Germany, educated in the French school system, and went on to earn a B.Sc. in International Economics from the School of Foreign Service at Georgetown University (with a minor in Russian) and an MBA from INSEAD in 1981.