Meet The Disruptors: Martin Kawalski of Snowcookie Sports On The Three Things You Need To Shake Up Your Industry

Previous Next
Meet The Disruptors: Martin Kawalski of Snowcookie Sports On The Three Things You Need To Shake Up Your Industry 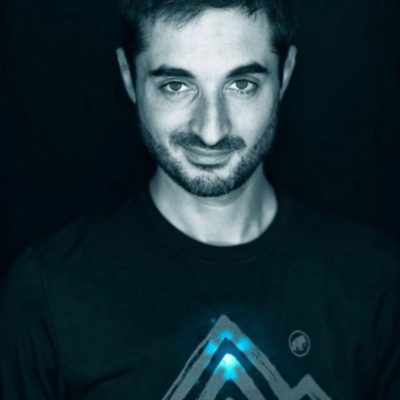 As a part of our series about business leaders who are shaking things up in their industry, I had the pleasure of interviewing Martin Kawalski.

Martin Kawalski, MD, Ph.D., is CEO of Snowcookie Sports — a physician and entrepreneur who uses his understanding of physiology and passion for technology to build products that enhance health and performance. Martin, an avid skier, invented wearables that quantify technique in alpine sports, and recently launched a new digital ski platform, SKEO, in partnership with Olympian Bode Miller. Before embarking on an entrepreneurial journey, he had dedicated his focus to neuroscience, working in sleep medicine designing algorithms for pediatric sleep apnea detection.

Thank you so much for doing this with us! Before we dig in, our readers would like to get to know you a bit more. Can you tell us a bit about your “backstory”? What led you to this particular career path?

Absolutely, thanks for allowing me to share my story and vision.

As a sleep medicine physician, I used to spend a lot of time playing with different sensors to observe various physiological parameters during overnight studies. During my rotations in orthopedics (mandatory assignment after graduating), I realized that a significant number of skiing-related injuries come from muscle fatigue, which could be measured. Being a keen skier myself, I decided to quantify skiing like I quantify my patients’ sleep and breathing patterns. The problem was, the technology to do that didn’t exist back in 2015, so I had to build it.

Can you tell our readers what it is about the work you’re doing that’s disruptive?

In short, my team and I are shortening the path to improvements in alpine sports with the launch of our new digital ski platform, SKEO.

Wearables started to make their appearance in consumers’ hands over a decade ago. They quickly found their way to running, cycling, and general fitness. However, alpine sports always presented a unique challenge. Skiing can be a mix of aerobic and anaerobic activity, and as such, it doesn’t yield itself easily to measurements.

Professionals have access to coaches and equipment, which enables them to see the nuances of their technique. Such tools are usually beyond the reach of casual winter sports enthusiasts. I firmly believe that before you can improve something, you need to first observe and measure it. We built the SKEO platform, including wearable sensors tied to a free app, to see the invisible in alpine activities and enable users to focus on what’s most critical — measuring their performance, improving their skills, exchange stats with friends online and access coaching tips. SKEO is democratizing ski instruction for all who are passionate about the sport.

Can you share a story about the funniest mistake you made when you were first starting? Can you tell us what lesson you learned from that?

Where do I begin? One mistake was thinking on a whim that I could quickly build a highly seasonal hardware startup without any previous experience in consumer products development. It took a lot of resilience to persevere in the first couple of years. I also kept my daytime medical job for the first three years of this journey. It’s a romantic notion to ditch everything and pursue your passion, but building hardware is hard and it takes time.

Lesson Learned: Inventing a brand new technology, especially with no prior experience, is a marathon, not a sprint. Make sure you can sustain yourself for the long haul!

Also, early on in this startup journey [building Snowcookie Sports], we participated in a large Make it Wearable contest organized by Intel. Participants were expected to produce a video showing the vision. I had the crudest homemade prototype sensors that looked like improvised explosive devices attached to my skis.

We were shooting the video on the Hintertux glacier in Austria in early October. I was up against horrible conditions, unsurprisingly crashed, and needed a helicopter evac to a hospital near Innsbruck. Unbeknownst to me, my team captured the whole event on video! Everyone was asking how we could afford to feature a helicopter and a team of paramedics in our little video. Well, it was a real incident.

What’s funny about it? Weeks later, still walking on crutches, I had to fly from Austria to California for the contest finals. I showed up at the Lufthansa airlines desk and asked for disability services so I could register a piece of sports equipment. A puzzled Lufthansa representative just said, “son, please decide if there will be a wheelchair or the skis on the flight.”

We all need a little help along the journey. Who have been some of your mentors? Can you share a story about how they made an impact?

Immediately two incredible individuals come to my mind. Lucian Wagner of EuroUS Ventures was one of my first investors and has become a great friend over the years. It’s a way overused cliche to say look for “smart money”, but it’s so true. A good angel investor is not just a source of initial capital. He’s your bank, accelerated private MBA professor, and a psychotherapist, all packaged in one. Yes, it will get tough, and you’ll need someone in your corner who is both dedicated and deeply experienced.

Also, Gary Richman from Intel was my mentor during the Make it Wearable contest. He kept that role for years after the contest ended, helping me navigate the tricky relationship between a giant international corporation and a tiny startup. When you attach yourself to a supertanker, expect strong after waves, and get a good mentor.

Mentors like Lucian and Gary have helped me to find and anchor to level ground on a roller-coaster-like, bipolar ride that a startup founder can expect.

Disruption implies the change of the status quo. When a product or a service previously accessible to only a handful of very affluent people becomes widely available and affordable, it becomes disruptive.

One of my favorite examples is aluminum. The story goes that Napoleon, at one point, invited the king of Siam for a banquet. The most esteemed guests were given aluminum utensils, while the others had to endure eating with the golden ones. After electrolysis was discovered, the price of aluminum dropped a thousandfold or so. A sudden abundance of light, durable metal was an overwhelmingly positive development in the context of the needs of the many.

The notion of disruption in a given area often is accompanied by another buzzy term — democratization. Technology serves as an enabler of change and access. Democratization is typically used to imply a positive shift. It’s hard to argue that access to personalized medicine, precisely tuned to one’s genomics, metabolomics, etc., resulting in more healthy and productive years, “is not so positive.” It is challenging to pinpoint groups or individuals who would find this advancement detrimental in such a case.

On the flip side, advancements in manufacturing or mobility while pushing humanity forward tend to displace large groups of workers, drivers, or other professionals. It’s not so much the change that’s disruptive but the pace at which it’s occurring. The ridesharing startups and services initially tore apart the taxi monopolies (not so positive). Yet, within a decade, most taxi companies found a way to coexist with gig-economy workers. Often a taxi ride meter, Uber, and Lyft are all being offered in the same vehicle. This increases transparency and accessibility for customers without a disruptive displacement (positive).

Can you share 3 of the best words of advice you’ve gotten along your journey? Please give a story or example for each.

1: I first heard “fire fast, hire slowly” from Rick Smith, the CEO of Axon (Taser). Interestingly, this doesn’t only apply to actual employees. I’d argue that it’s equally, if not more important, when applied to co-founders. Entrepreneurship can be a very lonely endeavor. It’s tempting to share that burden with others, even if the required skills aren’t there, but rapport is. Don’t.

2. A friend who worked for Fitbit wonderfully summarized everything that was wrong with my first app’s interface. She said, “Martin, don’t make me think.” I tried to apply this as much as possible when building our new product, SKEO.

3. Dan Eisenhardt of formswim.com is a great mentor and friend of mine, and he first introduced me to the concept of “postmortem”. It instantly resonated with me, bringing back memories of the courses I had in med school. Autopsies are performed on a deceased patient to find out the cause of death. This concept can be applied as a thought experiment to building new products as well. Ahead of time, contemplate what the causes of the death of your product could be in the future. Very eye opening shift in perspective.

We are sure you aren’t done. How are you going to shake things up next?

I’m very excited about “life-sports,” the term I attribute to my colleague and Head of Product at SKEO, John Kenific. Activities that are unlike football, for example, and you can continue enjoying well into your 50s, 60s, 70s, and beyond. I’ll look into summer sports now. Consumer healthcare is also very tempting.

Do you have a book, podcast, or talk that’s had a deep impact on your thinking? Can you share a story with us? Can you explain why it was so resonant with you?

Of all the podcasts and books that entrepreneurs usually eat for breakfast, the one that immediately stands out in my mind is Deep Work by Cal Newport. I shut down all my connectivity every day from 9:00–11:00AM to do my deep work. Try it. I don’t believe in multitasking. The irony of my building devices and apps, while requiring brief digital sabbaticals is not lost on me, though!

Can you please give us your favorite “Life Lesson Quote”? Can you share how that was relevant to you in your life?

I have two, but they both connect to the same individual and role model — Sir Ernest Henry Shackleton, arguably the most outstanding Antarctic leader of all time.

“Superhuman effort isn’t worth a damn unless it brings results.” I remind myself of that whenever it gets really tough and doubt creeps in. Shackleton was an incredible inspiration for leaders.

It’s best expressed by the quote (about Antarctic explorers), “Scott for scientific method, Amundsen for speed and efficiency, but when disaster strikes and all hope is gone, get down on your knees and pray for Shackleton.” I read this as leaders must be dependable.

I would work to build a platform that offers accessible, easy-to-digest, engaging, quality education — Video Wikipedia, or something like it.

Generally, products that enable access to new services, experiences, or knowledge without having to do the hard work gain a lot of traction. Let’s take electric mountain bikes as an example. All the thrill of trails and nature without having to break too much sweat. Easy, fun and engaging for many. It’s a sad truth, but barring any physical disabilities or age, people are getting lazy. Whether it’s physical activity or education, everything has to be easier these days.